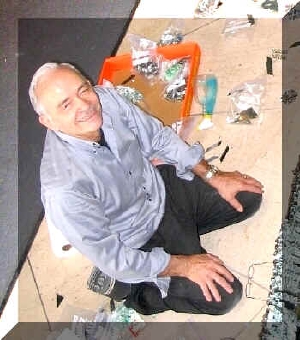 Bob originally is from Chicago, moving to Baltimore after Army service in Japan and Korea. He has been involved in the arts all of his life. He has collected recordings for many years, with particular interest in historic performances and wrote countless reviews for numerous publications, including Forecast FM, Hi Fi Stereo Buyers Guide, High Fidelity, Stereophile, FI, and Schwann/Opus. He wrote eight "Basic Libraries"for Stereophile on music of Strauss, Stravinsky, Mussorgsky, Holst, Rimsky-Korsakov,Tchaikovsky, Respighi, and Orff. Bob also is author of Leopold Stokowski - A Life on Record, the life of the famed conductor and an overview of his major recordings from his first (1917) to his last (1977), published in Schwann/Opus, Summer 1994; Willem Mengelberg - Life and Recorded Legacy , the career and recordings of the famed Dutch conductor, published in Schwaan/Opus, Winter 1993-1994; and a feature article Recording in the Concertgebouw, a history of the acoustically-perfect Dutch concert hall and recordings made in it, from the first (1926) to the present time, printed in FI, April, 1996. Bob has a website devoted to classical recordings and DVDs: http://www.classicalcdreview.com

Benson also had an extensive career in public radio beginning with WFDS-FM in Baltimore, which later became WBAL-FM. After that he was associated with WBJC-FM as host of their weekday morning program, and then for ten years was a host of classical music programming on WJHU-FM. Now retired from the Maryland State Arts Council where he was Director of Community Development for two decades, he lives in Glen Burnie, Maryland, where he grows orchids in his "underground" greenhouse (a hobby of four decades), listens to music on his elaborate surround sound system, and now spends most of his time working with mirrors.

Several years ago Bob saw a simple string of several pairs of mirrors attached to a filament that moved in the breeze and reflected the sun.  Fascinated with its beauty and simplicity, he began making his own more elaborate versions, as well as other objects, all created from mirrors. The front yard of his home in Glen Burnie is filled with many of these, and, assisted by neighbor Richard Ames, he has done two major projects for the American Visionary Art Museum in Baltimore's Inner Harbor.